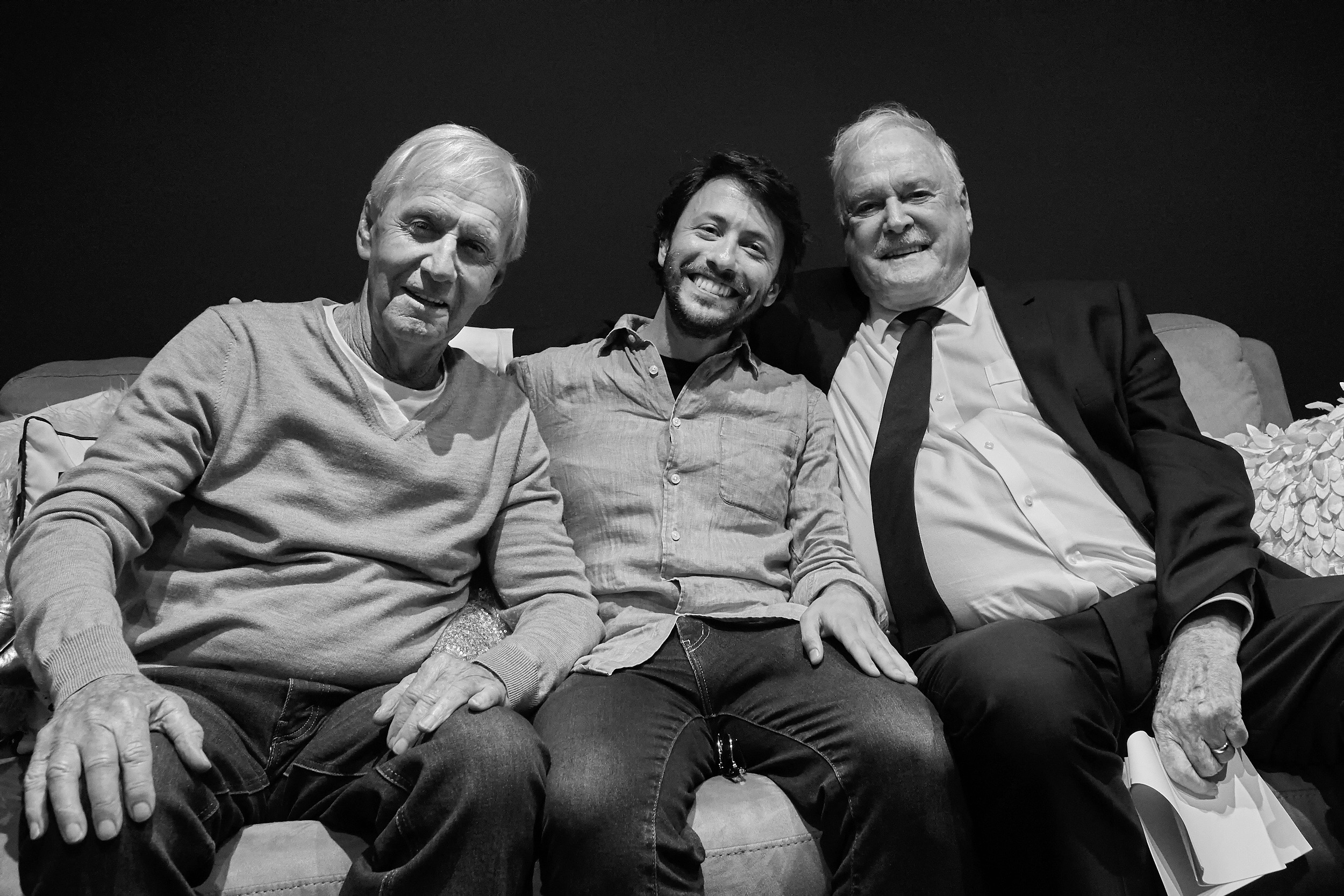 Working with the legends Paul Hogan and John Cleese It's a crazy feeling sitting in-between a legend sandwich. Two of the most iconic comedians, and then me, in the middle having written for both of them. What I enjoyed so much about working with these two geniuses is how often we would talk about comedy itself. Where it's going, where it's come from and the shared comedians that inspired us. Having that conversation with two people that inspire you can become quite odd, but it's only then you realise even the greatest comedy minds are first and foremost fans of comedy. Both John and Paul at different times have told me they love my writing and it's honestly a compliment that has kept me writing passionately. But most importantly I just can't wait for people to see them in The Very Excellent Mr Dundee. Their scenes are so much fun! 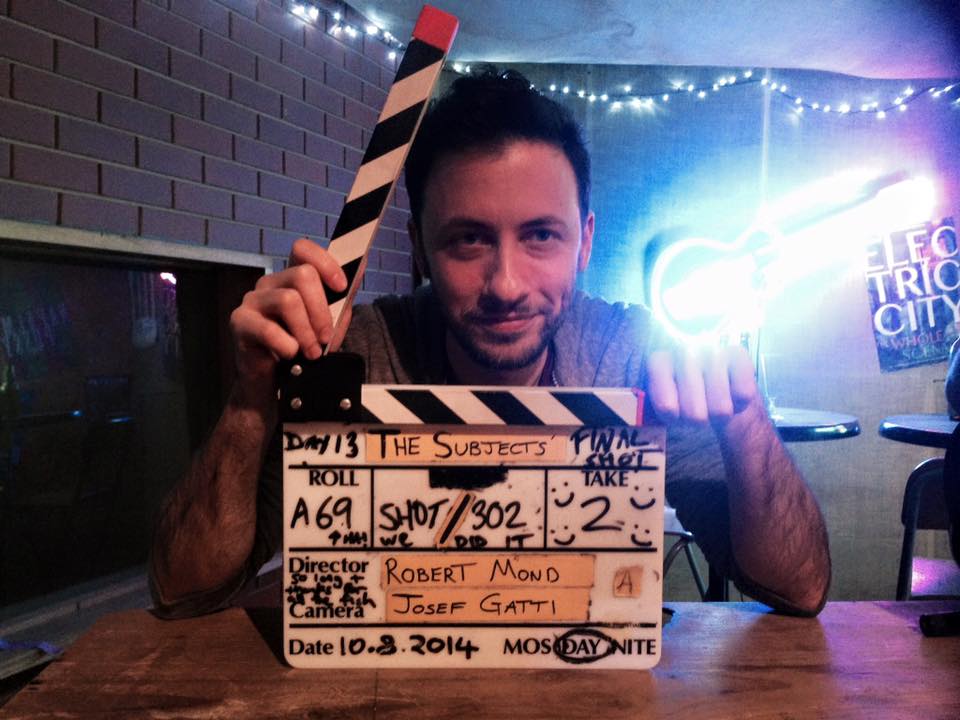 The Subjects: The film that changed my life.

Four years ago today I called that’s a wrap on my first feature film The Subjects. A year before I worked on it I was in a pretty shit way so I decided to stop the trajectory of my life and try and live my dream of being a filmmaker. 6 months of writing, 6 weeks of prep, 12 days of shooting and huge year in post. For those close to me you’d know it really was the most life changing experience. Something I think about every day. So on the four year anniversary I wanted to thank the incredibly cool and wonderful people who worked their ass off, invested their time, money and came along for the ride with me. I have made life long friends and your help and work changed everything. I fucking love you all! Only days away from the biggest project of my life I can’t help but get all emotional when I remember this day. Oh now I’m getting all choked up. Shut up I have dirt in my eye! 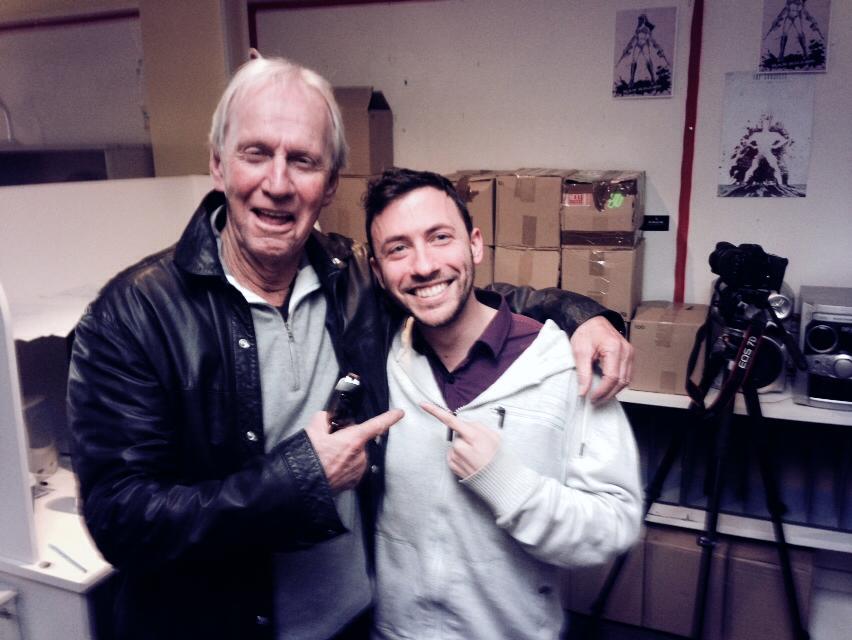 The Very Excellent Mr Dundee has it's first announcement. A big new Australian comedy with the legend himself. Here we go! https://www.if.com.au/hoges-to-resurrect-crocodile-dundee/

That's Not My Dog!

That's Not My Dog is one of my favourite projects. It's a film about our love of joke telling, told by the most amazing cast. Working with such Aussie comedy legends, co-producing and editing this huge film was an incredible experience. A true love letter to comedy.

The Subjects is my first feature film. I left a job producing TV to undertake my biggest project to date. Much like Robert Rodriguez famously did with El Mariachi I throw myself at as much as I could, hoping to learn everything I could. I got the idea of basing the movie on a clinical trial from Rodriguez's book Rebel Without a Crew. That, coupled with a crazy day at San Diego's Comic-Con and hearing people's desire for superpowers, I had my movie idea.  I wrote, directed, produced and edited this anti-superhero film and got to work with some of the finest people in the industry. After two long painstaking years, The Subjects was born. "A Wild Ride" - The Guardian "Game Changing" - Starburst Magazine

Love's End was my first asttempt at a more professional short film. I always thought the moments before a person turns into a zombie to be the most interesting. So I got some awesome friends, some lights from the TV studio I was working at and a hell of a lot of fake blood. This film was the first time I worked with Katharine Innes, Josef Gatti and Luke D'emanuele, all who would later work with me in The Subjects. This film was an official selection of The LA Comedy Short Film Festival.

For years, I was making short films with my one-chip Sony Handicam on  mini DV tapes. Then a game changer, the Canon 7D was introduced. I saved up all my money and purchased one, accumukated a few lenses, and my world of filmmaking opened up. Reception is the first film I made where I worked on colour grade, seperate sound, final cut, rigs, lesenses and everything else. This is the short film where it all started. I hope you enjoy. Official Selection of the St-Kilda Short Film Festival and the New York Iron Mule Festival.